Jamie Carragher has claimed that the current Manchester United side reminds him of the Liverpool side he played in under Roy Hodgson.

The 43-year-old claimed that Ralf Rangnick’s players are clearly not ‘enjoying their football’ and labelled the side’s performances as ‘abysmal’.

“What might worry United supporters now is when watching their side over the last few weeks, they remind me of Liverpool under Roy Hodgson,” he wrote in his column for the Daily Telegraph (via the Liverpool Echo).

“There is nothing about them; no passion, no emotion; every game seems flat; they lack energy and fluidity; the players are visibly not enjoying their football.

“There is a highly respected football figure in charge, but it has taken a matter of weeks to make it obvious Ralf Rangnick is not the right fit for that squad and will not be on the touchline at the start of next season.”

“It can only be because the players are either incapable or unwilling to follow his instructions.

“That damns them as much as the coach who cannot see a way in which to put his plan A into action.

“His results have been good. Performances, however, have been abysmal.

“If United play as they have been against the best teams in England and Europe, it will be a repeat of the games against Liverpool and City earlier this season, when they were outclassed.”

Watching the Reds under Hodgson was painful at times – we had no identity at all and the signings the former England manager made certainly didn’t help.

Kenny Dalglish somewhat rescued the side when he replaced Hodgson in 2011 and went on to win the League Cup the following season.

We’ve come a long way since then and tasted a lot of success in recent years.

Our success isn’t Manchester United’s failure, though – we’re much bigger than that and we just need to focus on ourselves. 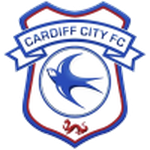 Liverpool and Arsenal have been linked with Denis Zakaria

Comparing the fixture difficulty of the PL's top four chasers

24 January 2022
Share Manchester City, Liverpool and Chelsea seem to be pulling away at the top of the Premier League, but who…