Wyke was the Black Cats' 31-goal top scorer last season, before leaving in the summer to join Wigan Athletic after three years on Wearside.

The 28-year-old was taken to hospital on Monday after collapsing in training as the Latics prepared for their midweek trip to Cambridge United.

READ MORE: Lee Johnson on hiding in the laundry skip at Cambridge, as they rose to brink of the Premier League

Wigan released a statement on Thursday saying that Wyke was in a stable condition and was communicating with his family, hospital staff, and the club's medical team, but added that he would be unavailable for selection for the immediate future.

The news came as a shock to Wyke's former teammates at Sunderland, and to the fans, and Johnson has wished Wyke a speedy recovery.

“All I can say is that we're with him,” said Johnson.

“He was a great lad [here] and he is a great lad, a big personality, funny, and we love him to bits, and we just want the speediest recovery possible for him.

“He's in our thoughts and prayers and anything we can do as a squad or a team to lift his spirits, we absolutely will.

“It sounds like he is the best place, getting great care, and we send loads of love to him.”

Wyke could be seen deep in conversation with Johnson and members of the Sunderland squad out on the pitch before the Black Cats' Carabao Cup win at Wigan in September.

Johnson said: “We kept in touch as regularly as you can in this crazy, busy, world of football.

“We had a long chat at the Wigan game, and we've had a couple of phone calls.

“It's definitely a time for privacy for him and his family, but I'm sure he knows [we are with him] because we have sent messages wishing him well.”

Sunderland's Lynden Gooch took to Twittter to send Wyke a message, as did Max Power who played alongside him on Wearside and is now a teammate of his once more at Wigan.

And yesterday the entire Sunderland squad sent their own message to Wyke.

Wyke's collapse came in a week when two other players were also involved in similar incidents.

Sheffield United midfielder John Fleck – a friend of Johnson's – collapsed during his side's win at Reading on Tuesday, while Moldovan side Sheriff Tiraspol's Adama Traore collapsed in his side's Champions League game against Real Madrid on Wednesday. Thankfully, both players responded to medical treatment.

Johnson said: “I've no idea why this has suddenly become an issue, with three players this week alone.

“John Fleck is a great lad as well, someone I know pretty well and we've been away on holiday together as well a couple of times, so that was a shock.

“These are fit, healthy, guys.

“I've no idea whether it is just pure coincidence or whether there is something else in it.

“But what it does do is bring life back into perspective and makes you understand the important things in life.

“We get upset at various bits and bobs, but the reality is that being healthy as a human being and looking after ourself is the most important thing.”

For the latest Sunderland news direct to your inbox, go here to sign up to our free newsletter 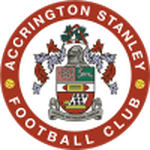 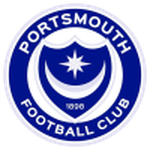 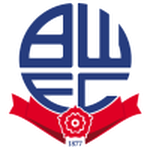 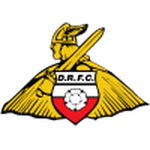 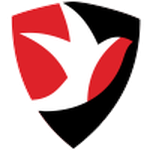 Sunderland must forget about rivals' games in hand and concentrate on winning, says Elliot Embleton

24 January 2022
Sunderland have to forget about games in hand and concentrate on winning their own fixtures, according to Elliot Embleton. The…

Sunderland's win against Portsmouth was a victory for pragmatism over philosophy

23 January 2022
Lee Johnson loves to talk football philosophy. How he wants his team to play, how players fit into his system,…

23 January 2022
Make no mistake about it, if Newcastle United are relegated from the Premier League this season, it would be one…

23 January 2022
New signing Patrick Roberts could be in line for his Sunderland debut against Bolton Wanderers next weekend. The winger joined…

PrevPreviousArsenal boss Mikel Arteta has perfect chance to trial formation change vs Newcastle
NextLiverpool can save £25.4m by signing exciting target in the summerNext