Chelsea Football Club are an English professional football club based in Fulham, West London. Founded in 1905, the club competes in the Premier League, the top division of English football. Chelsea are among England’s most successful clubs, having won over thirty competitive honours, including six league titles and eight European trophies. Their home ground is Stamford Bridge. 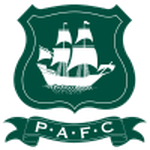 Posted by Dave Langton on January 24, 2022 in News, Whispers West Ham are unlikely to be able to seal a deal to sign Armando

Chelsea‘s experienced centre-back Thiago Silva was clever in the way that he got Harry Kane’s goal for Tottenham at Stamford Bridge yesterday disallowed, according to

Manchester United hero Gary Neville thinks Chelsea could have their very own version of Riyad Mahrez in the form of winger Hakim Ziyech. Ziyech opened

Welcome to our football.london CareFree Chelsea daily news round-up. Maybe not the first, we've definitely done transfer round-ups before, and European round-ups, so I guess

Last updated on 27 minutes ago27 minutes ago.From the section Derby Dylan Williams, who turned 18 in December, has made nine first-team appearances for the

TRUTH be told, Hakim Ziyech (£3.4m) has felt like something of a luxury player since he joined Chelsea in 2020. A sensation for Ajax, the

Chelsea’s Hakim Ziyech has admitted that he thought he hit his stunning strike against Tottenham ‘too hard’. The Moroccan netted a brilliant goal minutes after