West Ham United Football Club is an English professional football club based in Stratford, East London that compete in the Premier League, the top tier of English football. The club plays at the London Stadium, having moved from their former home, the Boleyn Ground, in 2016.

The club was founded in 1895 as Thames Ironworks and reformed in 1900 as West Ham United. They moved to the Boleyn Ground in 1904, which remained their home ground for more than a century. The team initially competed in the Southern League and Western League before joining the Football League in 1919. They were promoted to the top flight in 1923, when they were also losing finalists in the first FA Cup Final held at Wembley. In 1940, the club won the inaugural Football League War Cup. 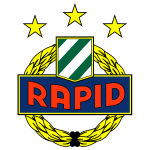 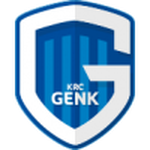 Moyes: We must find an answer to pressure on players

Posted by Hugh5outhon1895 on October 15, 2021 in News, Whispers Manager David Moyes like all his Premier League compatriots is feeling the pressure on the

Moyes shrugs off “best of the rest” tag

Posted by Sean Whetstone on October 15, 2021 in News, Whispers David Moyes has refused to compare West Ham to Everton in the best of

Posted on 15 October 2021. Fancy a punt this weekend? Our tipster Jones Knows is in red hot form and is advising his followers to

Posted by Sean Whetstone on October 15, 2021 in Academy News, News West Ham and Everton have played each other 145 since February 1907 The

West Ham manager David Moyes admitted his ultimate ambition with the Hammers is to be regularly challenging for a top four finish. Under Moyes' watch

Posted on 15 October 2021. Tottenham's plans for Sunday's trip to Newcastle have been plunged into chaos after two players tested positive for Covid-19. The

‘I’m sure’: Everton or West Ham must pay at least £22m for record transfer

‘He is back’: David Moyes shares what he’s noticed about £7m West Ham man in training

David Moyes believes Michail Antonio has been ‘firing on all cylinders’ in training after the striker remained at West Ham United during the international break,

Photo by Jeroen Meuwsen/BSR Agency/Getty Images According to Foot Mercato, West Ham target Paul Onuachu has changed his agent, amid talk of him wanting to

Posted on 15 October 2021. Marseille midfielder Dimitri Payet has been raving about the form of team-mate William Saliba and cannot believe the defender could

David Moyes has shared his respect Rafa Benitez and the Spaniard’s ‘exceptional’ spells in management ahead of West Ham United’s trip to Everton on Sunday,